Mark has been with NAFN since its inception in 1997. His vision and drive for the organisation’s purpose and values saw him appointed as Head of Service in June 2014. Mark has a background in prevention and detection of fraud, fraud investigation and delivery of IT business solutions. He has been a key player in the development of innovative services and as an advocate of working collaboratively with the public and private sector, has established a wide range of data sharing initiatives supporting protection of the public purse. Mark also works closely with many central government organisations including the Home Office, Cabinet Office, Local Government Association, Department for Work and Pensions and many others to develop and deliver a range of centralised services. Based in Tameside, Greater Manchester, Mark leads a team of intelligence officers delivering services nationally to local authorities, housing associations and wider public authorities. 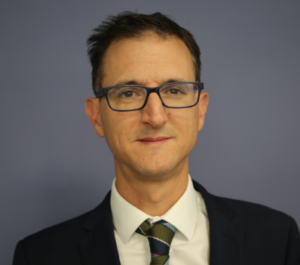 The NECC is a collaborative, multi-agency centre established to deliver a step change in the response to tackling Serious Organised Economic Crime. It has been set up to protect the public, prosperity and UK’s reputation by leaving no safe space for criminals and reducing the threat of Economic Crime.

Graeme joined the agency from the Home Office where he had been Director National Security since 2016, providing leadership on the pursue element of the counter terrorism strategy and hostile state activity. His experience includes helping shape the response to the 2017 terrorist attacks, and the Salisbury attack; and overseeing the Investigatory Powers Act implementation programme across government.

Before joining the Home Office, Graeme worked for the MoD, in a series of policy and change management positions. He was Chief of Staff to the Defence Secretary from 2013 until 2016.

Robert has over 20 years’ experience of tackling and preventing financial crime across the public, and private sectors, including considerable experience of Fraud Risk Management, as well as leading Investigation teams. Robert has worked within Local Authorities, Transport for London (TfL) and Advisory Firms.

He is currently Head of Forensics and Fraud at PKF Littlejohn LLP. Additionally, Robert is Chairman of the London Fraud Forum, a member only group, working to bring the Public and Private Sectors together, to prevent and detect Fraud, Bribery and Corruption.

Professor Mark Button is founder and Director of the Centre for Counter Fraud Studies at the Institute of Criminal Justice Studies, University of Portsmouth. Mark has written extensively on counter fraud, cyber-fraud and private policing issues, publishing many articles, chapters and completing eight books. His latest book (co-authored with Dr Cassandra Cross ) is titled Cyber Frauds, Scams and their Victims has just been published by Routledge.

Some of the most significant research projects include leading the research on behalf of the National Fraud Authority and ACPO on fraud victims; the Department for International Development on fraud measurement, Acromas (AA and Saga) on ‘Cash-for-Crash fraudsters’, the Midlands Fraud Forum, Eversheds and PKF on ‘Sanctioning Fraudsters’, and the Government’s Annual Cyber Breaches Survey. Mark is also working with Dr Victoria Wang on a major EPSRC funded project on open data and on the Government’s annual Cyber-breaches survey with IPSOS-Mori.

Mark has also acted as a consultant for the United Nations Offices on Drugs and Crime on developing international standards for Civilian Private Security Services and the United Nations Development Programme/European Union on enhancing civilian oversight of the Turkish private security industry. Mark completed his undergraduate studies at the University of Exeter, his Masters at the University of Warwick and his Doctorate at the London School of Economics. 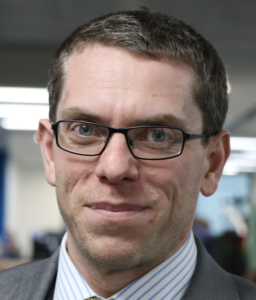 Mark Cheeseman is the Deputy Director, Public Sector Fraud in the Cabinet Office. Mark leads, and set up, the Counter Fraud Centre of Expertise at the Cabinet Office, which leads UK government efforts to improve the ability of the public sector to deal with fraud and economic crime.

He works closely with Ministers and senior leaders to agree the government wide agenda on fraud and error loss in the public sector. Mark led the the development of several initiatives to transform the way central government deals with fraud including, the Government Counter Fraud Profession, the creation of organisational standards and the increased used of data sharing and analytics in the public sector. Mark chairs and sits on a number of cross government boards and has led several reviews into fraud management.

Mark started his career as a filing clerk in the Legal Aid Agency, at the Ministry of Justice. He later held various project management, operational and assurance management roles, including the role of Head of Counter Fraud and Investigations which he held for a number of years prior to joining the Cabinet Office.  In this role, he redeveloped the LAA’s approach to countering fraud, leading to the first prosecutions of members of the public for legal aid fraud, the first cross-agency prosecutions with other public bodies, a fundamental redesign of the fraud risk assessment model and securing a return on investment from the counter fraud function that exceeded its cost. Mark was part of the team that successfully took the Legal Aid Agency out of accounts qualification by the National Audit Office. 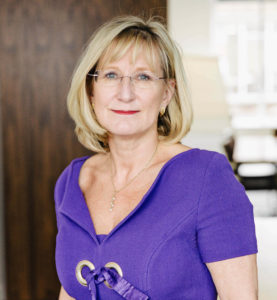 Frances Coulson is a deputy chair of the Fraud Advisory Panel – the UK charity which acts as the independent voice of the counter fraud community, committed to tackling fraud and financial crime.

She is also the senior partner at Moon Beever LLP where she heads the insolvency and litigation department leading a substantial team of lawyers in contentious and non-contentious work.

She is a special constable with the National Crime Agency appointed under the Crime and Courts Act 2013 and received a Director General’s Commendation in 2014.

Her work largely involves contentious insolvency, fraud and injunctive relief. She has acted in many injunctions for claimants and as a supervising solicitor for over 30 years. She is an enthusiastic lobbyist for the insolvency profession and for victims of fraud. Frances is an Honorary Fellow of the Chartered Institute of Credit Management and has given evidence several times to Parliamentary Committees on finance and lending, and insolvency. 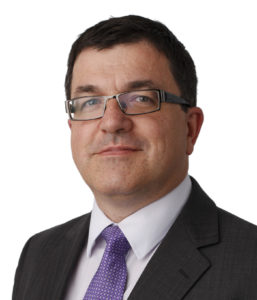 Stephen is Head of Intelligence at the Insurance Fraud Bureau and has 20 plus years of experience developing solutions to financial crime across a variety of private sectors including credit card and insurance fraud. In 2000 he co-founded VFM Services Limited which delivered conversation management techniques to investigative interviews of those suspected of first party claims fraud. In 2010 he joined the Insurance Fraud Bureau (IFB), the insurance industry’s non-profit body committed to tackling organised cross sector insurance fraud.

As Head of Intelligence, Stephen’s role is to manage the IFB's proactive and reactive intelligence and investigations services, the delivery of the insurance industry’s national fraud reporting service - the ‘Cheatline’ – and the IFB’s intelligence sharing arrangements. Stephen has also led on the development and implementation of the new industry suspect intelligence management system, the IFiHUB, launched in July 2018.

Stephen is a member of the National Roads Police Intelligence Forum, a board member for the Cabinet Office Counter Fraud Data Alliance project. Stephen regularly hosts industry forums and workshops as well as representing the IFB at numerous events. 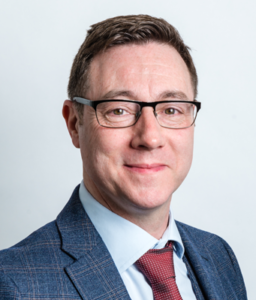 Mike has 30 years’ experience of tackling and preventing fraud across the public, private and not for profit sectors, including considerable experience directing investigations, as well as developing prevention and detection strategies. With a Master’s Degree in Criminology, he has led investigative teams in the NHS, Ministry of Defence, Office of Fair Trading, HM Revenue & Customs and Solicitors Regulation Authority. 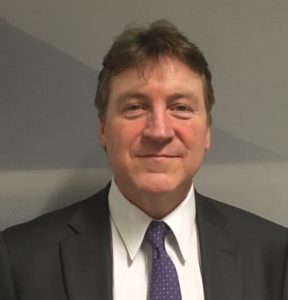 Gaon is currently a Non-Executive Director at the NHS Counter-Fraud Authority. He works full time for Amazon as the Head of Policy, Customer Trust, for UK & Ireland and develops collaborations and partnerships to tackle counterfeiting, fraud, unsafe products and other criminal activity on Amazon stores. He was formerly Head of Global Anti-Bribery & Corruption Advisory, Policy & Training for HSBC Bank and is a specialist practitioner in fraud, International Bribery & Corruption and fighting criminal activity.

He was formerly a Senior Crown Advocate at the Crown Prosecution Service (with Higher Rights of Audience), Special Crime & Counter Terrorism Division. He not only holds adversarial rights in all criminal courts, but was lead prosecutor in Public Corruption, Prosecution Team Leader for the Fraud Prosecution Service and worked with two Attorney Generals to obtain cross-party support for the current counter-fraud institutions and architecture during the Fraud Review.

Marc McAuley - Counter Fraud Manager for CIPFA’s Counter Fraud Centre - is a Counter Fraud professional with over 20 years’ experience in tackling fraud within Local Government.  He has been instrumental in bringing the London Counter Fraud Hub concept to life, being a thought leader both internal and external to CIPFA by looking at policy and transformational change that will aid the UK in effectively tackling fraud and moving the emphasis from detection to prevention. Before joining CIPFA in 2017, Marc gained his experience working within Local Government counter fraud services and was one of the first professionally qualified investigators in the UK, gaining Accredited Counter Fraud Specialist status in 1998.

During his time in Counter Fraud Marc has strived to transform service delivery by  streamlining working practices, improving partnership working and introducing proactive project arrangements, all contributing to continually improving performance and outcomes. Marc continues this work and represents CIPFA on the FFCL Board, the HM Government Counter Fraud Cross Sector Advisory Group, the LGA Cyber Security stakeholder group and the CCAB Economic Crime Panel. Lending his insight and knowledge, Marc is a regular speaker on fraud and corruption both in the UK and internationally

Fred is Managing Partner F&H Risk Solutions Partnership. A Corporate Fraud Investigator with a wealth of experience demonstrated in a career spanning 40+ years. Areas of expertise include investigation and intelligence of serious and complex commercial fraud, asset tracing and recovery, fraud prevention and anti-money laundering. Delivered projects in the UK and across Europe, West and East Africa, the Middle East, Caribbean Canada, and North America. Capable of developing trusted advisor relationships with multiple stakeholders.

He is a Certified Member of the Association of Certified Fraud Examiners (CFE) and the Vice President and Training Director of the UK Chapter of the ACFE UK. 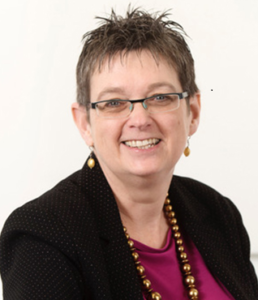 Katy has worked in economic crime at the centre of the industry in various roles for over 20 years, most recently as Director of Financial Fraud Action UK, one of the precursor trade associations which merged to form UK Finance.

Katy was responsible for establishing the industry fraud data and intelligence sharing unit, the Financial Fraud Bureau, introducing the Industry Threat Management Process (the way in which industry fraud threats are prioritised), and building the coordinated industry response to significant data loss/breaches following the HMRC data loss in 2007. She instigated the Fraud Intelligence Sharing System and helped deliver the Dedicated Card and Payment Crime Unit (DCPCU), the industry sponsored police unit, in 2002. She led the development of the Take 5 education and awareness campaign, worked with Home Office and City of London Police to establish the Joint Fraud Taskforce and advised on the setting up of the Joint Money Laundering Intelligence Taskforce (JMLIT).

Katy is co- founder and Deputy Chair of the Fraud Women’s Network.